Felt the Moonlight on my Feet 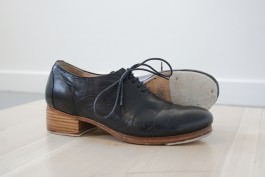 Felt the Moonlight on my Feet, installation detail, MHKA Museum of Contemporary Art, 2017

• Streaming online Every Tuesday at 20:00 (CET) via feltthemoonlight.xyz

Felt the Moonlight on my Feet is a collaborative work by Jani Ruscica and tap-dancer Suzanna Pezo developed with producer and curator Sam Watson. The work is a newly conceived iteration of an ongoing collaborative project, specifically in the context of our current, shared situation, with a series of 5 live performative readings broadcast live across the internet via existing streaming platforms throughout the month of June.

Together Alone has commissioned a series of new, live performances of Walt Whitman's Song of Myself

For the first iteration of Felt the Moonlight on my Feet tap dancer Suzanna Pezo was presented with three pieces of poetry chosen by Ruscica in part due to their political and social censorship during the course of their existence. Each poem was translated into Morse Code, itself then further translated and interpreted by Pezo into a piece for tap, performed using specially crafted shoes utilising wool-felt in place of the usual metal-taps.

In this latest development of the work, conceived especially for the context of online-streaming,  Suzanna Pezo will translate the poem ‘Song of Myself’ by American humanist, poet, essayist and journalist Walt Whitman (1819-1892) into a new dance piece.

Following its 1855 publication, "Song of Myself" was censored across America but was later heralded as one of the most acclaimed and influential pieces in American poetry, for both its use of language and its vision of equality. It has been said that the key to understanding the poem lies in the "concept of self" as "both individual and universal", in which the "self" serves as a human ideal that is synonymous with the collective common (people) rather than as the hero. Nevertheless, Whitman locates heroism in every individual as an expression of the whole.

The performative ‘readings’ will take place 5 times, broadcast live from the location of Pezo’s studio and her surroundings in Antwerp, Belgium

Consistent with Ruscica, Pezo and Watson’s practices to date, the collaborative work explores the intersections between language, place, culture, sculpture, sound, theatre and performance, posing questions relating to the processes of translation, cultural representation and communication. The piece explores language in relation to bodily movement as well as the material properties of felt and its historic use in industry: as a sound or vibration damper, in machinery for cushioning and buffering moving parts, as well as its uses in musical instruments and printing processes.

The current and sudden situation we find ourselves in, where the restriction of the body, especially in relation to other humans, creates a refreshed urgency for this project. The theme of censorship and many basic human rights related to our freedom to move or practice our daily activities have now been restricted or banned altogether. The ramifications for Western societies are huge, making people acutely aware of the rights we have and how it feels to lose them as well as a lack of control over one’s own life and the choices we make. At least we still have freedom of speech.

Commissioned by The Finnish Cultural and Academic Institutes’ Together Alone project

Jani Ruscica was born in 1978 in Savonlinna, Finland and raised in Italy, currently he lives and works in
Helsinki. He obtained an MFA from the Finnish Academy of Fine Arts, Helsinki in 2007 & a BFA from
Chelsea College of Art and Design, London in 2002.

Ruscica probes the spaces that disconnect various art forms. As a result, one finds a multifaceted inquiry into
these interim spaces and what they have in common.

Using a variety of mediums - wood cut, sound, video, performance, photography and sculpture - his practice
investigates the ties between interpretation and representation, collapsing boundaries of matter, language and
meaning.

Ruscica’s interdisciplinary practice has taken him to realise a wide range of commissions; amongst others by
Camden Art Centre and Animate Projects in London, MoMA PS1, Creative Time and MTV global in
New York. His works have been exhibited internationally and are held in public and private collections (e.g.,
the Pompidou in Paris and Kiasma, The Museum of Contemporary Art in Helsinki)