A SERIES OF MOVEMENTS 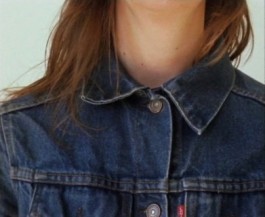 Drop City is pleased to present our third exhibition in the gallery with Sophie Macpherson's film A Series of Movements.

Sophie Macpherson (b.1972, Aylesbury, England) graduated with a BA from Glasgow School of Art in 1996 and served as a committee member at Transmission Gallery from 1998 to 2000.

Recent projects and exhibitions include: news and booze, with Clare Stephenson, live event, commissioned by Tramway, Glasgow (2014) as part of ‘Generation – 25 years of Contemporary Art in Scotland’; Brain Mail: Glasgow, California (2014), curated by George Clarke, as part of ‘Generation – 25 years of Contemporary Art in Scotland’;  Costume- Written Clothing, Tramway, Glasgow (2013); The Irregular Correct – New Art from Glasgow at the Fremantle Art Centre, Fremantle (2012); Studio 58: Woman Artists in Glasgow Since WW2, The Mackintosh Gallery, Glasgow (2012); Shoplifters, Shopgirls’/’Ornament and Boredom with Clare Stephenson, Tramway (2011)/ICA London (2012);  Her Noise: Feminisms and the Sonic, Tate Modern, London (2011) and The Voice is a Language, part of Glasgow International Festival of Visual Art (2010). Macpherson was awarded the Scottish Arts Council/Location One New York residency, completed in 2009, followed by a semester auditing classes at the California Institute of Arts. She is a founding member of the all female music collective Muscles of Joy.